More Books Around the World Reviews 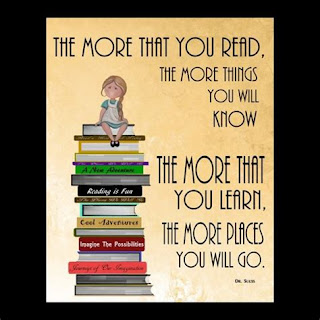 So ... I've now done 34 countries on my Round the World Reading Challenge - hooray for lockdown :)   Only another 160+ to go ... and I confess I am dipping into my normal repertoire of UK/Irish/American books and well.  You can check the link above to see how I'm going, but here's the rest of the recent ones.

Another 5 star book for me ... beautifully written.

Based on the writer's own experiences of growing up in a village on the outskirts of Beirut during the 1980s war.
It is told through the voice of 8 year old Ruba and the descriptions are absolutely gorgeous - it brought me right back to my own childhood, seeing flowers and trees and people in different ways.  And a child's view of the awfulness of war.   Can't recommend it highly enough.

North China
The Teagirl of Hummingbird Lane by Lisa See *****
I loved this book - so brilliantly researched and beautifully written.  It tells the story of a young girl from an ethnic minority tribe who live in the tea producing mountains of north China and how the modern outside world encroaches on them.   Lisa See, the author is of Chinese/American ancestry and this is also explored in the story. 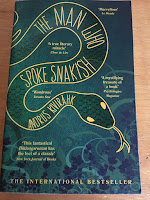 The Man Who Spoke Snakish by Andrus Kivirahk ****
It was a review on the cover of this book that drew me to it ... It said "Imagine it is the end of the world, and Tolkien, Beckett, Mark Twain, and Miyazaki (with Icelandic sagas and Asterix comic books stuffed under their arms) are getting together in a cabin to drink and tell stories around last bonfire the world will ever see."  Now wouldn't that make you want to at least open the book! lol
While it is a strange book by any standards - sort of a fairytale, but not quite, again it is a tale of modern versus old ways.   And while it didn't send off any bells and whistles for me, it still kept me engaged right to the end. 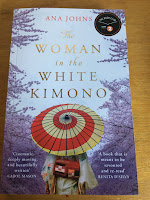 The Woman in the White Kimono by Ana John ****1/2
Another historically well researched book, again about mixed race and the difficulties there in.   This is set in Japan after World War 2 and after the end of the American occupation there.  Very interesting and beautifully written.  A young Japanese woman falls in love with an American sailor which casts her into a world of not belonging. 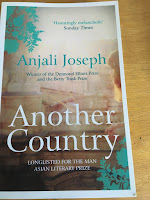 Another Country by Anjali Joseph ***1/2

I don't normally enjoy coming of age books - getting too old I suppose - but this one held me to the end - as one reviewer said Joseph has an extraordinary ability to describe emotions and to describe what's unsaid - moods, feelings etc ... I could remember a lot of those feelings.
Leela is a young Indian woman who has studied in Cambridge and is working in Paris trying to find herself.

Strength in What Remains by Tracy Kidder ****
I'm entering this for two countries as the are both the subject of this book and truthfully I couldn't face reading more about this awful period in history.

This Pulitzer Prize winning book is an amazing story of hope and triumph and belief in human goodness.

It is the memoir of Deogratias 'Deo' Niyizonkiza who escaped the genocide in his native Burundi by first of all travelling to Rwanda, then back to Burundi and eventually to America where, with no English and only $200, he managed to survive, eventually studying at Columbia University, and travelling back home to set up a medical clinic near where he was born.
Burundi is one of the 3 poorest countries in the world and in the bottom 5 of GDP and as a teenager Deo tried to build a clinic in his village.


My star system is really just a comparison thing for myself.   And I can't figure out how to put in a 1/2 star!!!