Like yourself Kate and everyone else I've read so far who've joined the Scavenger Hunt for this month, I wasn't going to join this month either - my energy has been so low and I'm still trying to work .... but after reading yours I thought ok, let's go for it ... keep the chin up.   While cancelling all gigs and classes I've found it hard to do more than knit, cook ad watch tv.   But things will go back to normal and some sort of routine will come together.  Most of these pics are from archive and it's brought both smiles and tears looking back through the years.  And some have very tenuous links ... 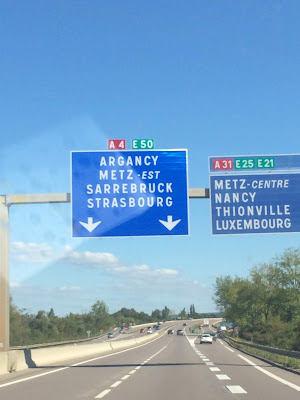 I've been getting stuff off the needles these past couple of weeks .... and this was the first to be finished - made from Scraps of Wool - my Scarfy Thingy inspired by Beate at Hedgehog Fibres.... it was such a joy to knit and I've just found another bitsa project to do during self isolation 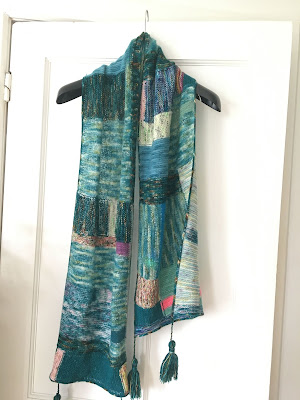 This prompt made me chuckle Kate because trying to find a non contentious flag around this part of the world is a bit of a challenge ... so archives to the rescue

This photo believe it or not, is in the crypt of a church.   It is in Annahuette in former East Germany and neither of these three gentlemen (who we nicknamed the Three Stooges) spoke English and we had the best night's craic I can (vaguely) remember after a concert.   Sadly only the man on the left is still alive now but they were wonderful the three of them.   How did we communicate?   Schnapps!!!
We had done a concert upstairs in the church and afterwards there were drinks and refreshments downstairs.   And every time they said Prost! it couldn't do anything but say Prost! back - it would have been rude lol.

OK I admit this is a stretch

We've been having the most amazing sunsets this past week - this was last Friday - 20th March. 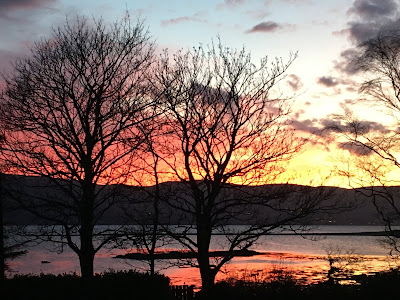 Again , thank you so much to Kate for organising this photo hunt every month - we really needed it this week.
Going now for my virtual trip around the world to have a look at what everyone else has done... Photo Scavenger Hunt Link Up...